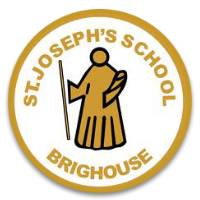 Love, learn and live in Christ!

We are currently taking applications for September for admission to our Nursery. Please contact us by email admin@st-josephs-brig.calderdale.sch.uk or give us a call to talk about your Nursery needs 01484 713037! Mrs Hodges 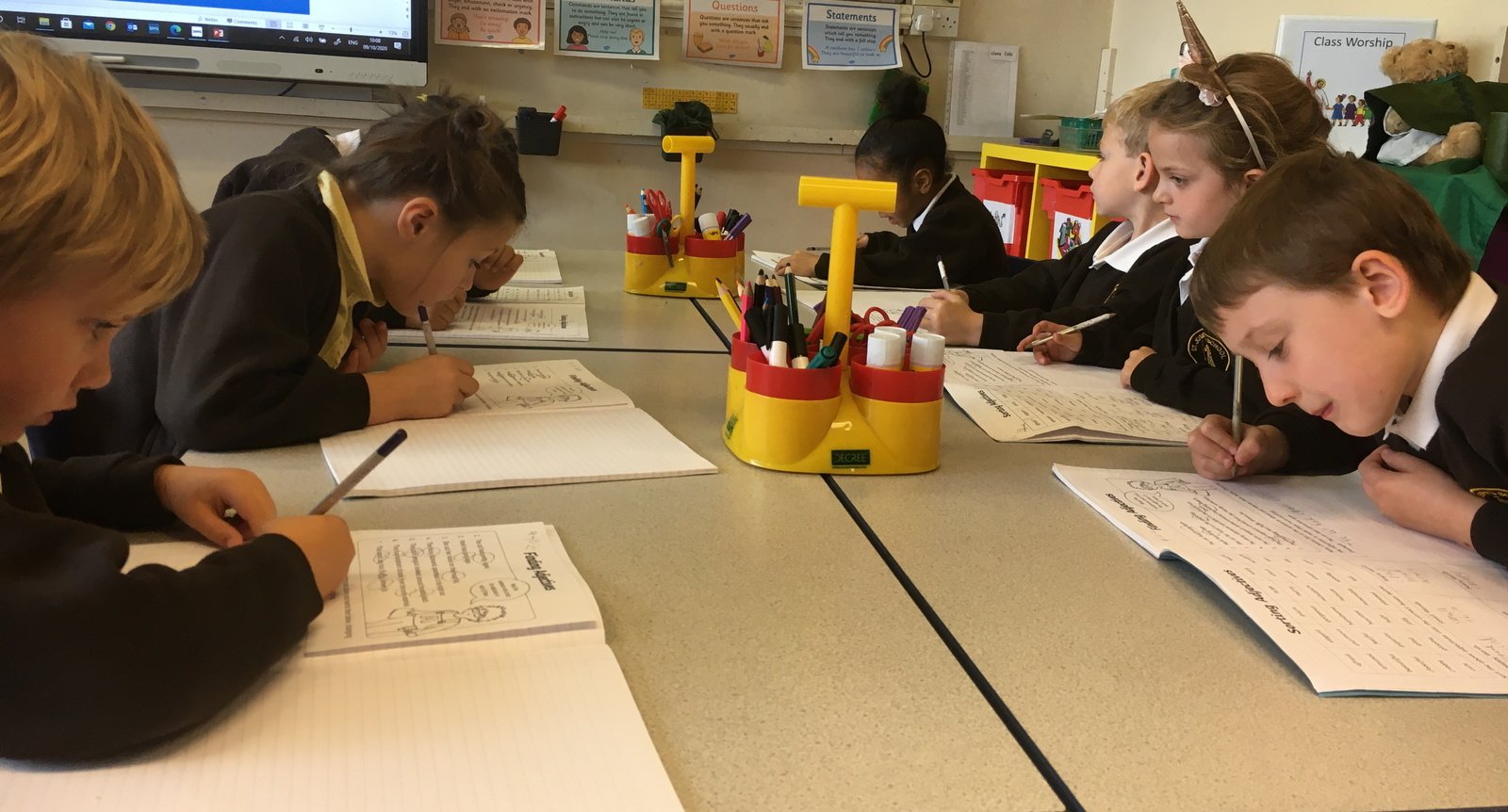 SCHOOL COMPLAINTS PROCEDURE FOR  PARENTS AND OTHERS

Our school is committed to working effectively with parents, carers and any other stakeholder involved in our school. We strive to ensure communication is open and transparent and that our school community is well informed.

In the first instance we ask our parents, carers and any other stakeholders who may have a complaint to speak to the relevant person at our school who may be able to address it for example the class teacher if it relates to their child or the Deputy Head or Headteacher.

We work hard to resolve any issues that may occur but shuld a parent, carer or other stakeholder feel they need a more formal procedure to follow, it is laid out below.

This procedure has been reviewed to ensure that the process is up-to-date. It has been based upon the Department for Education (DfE) guidance ‘Best Practice Advice for School Complaints Procedures 2016’ and ‘Guidance on running a Complaints System’ published by the Local Government Ombudsman. It learns from the best practice of local authorities in dealing with complaints.

After setting out the legal context and key principles, this document sets out the four separate stages of the complaints procedure itself as well as further recourse and resources. Appendix 1 summarises the various stages of the process in the form of a flowchart. Appendix 2 is Guidance for schools – “How to Handle a Complaint’ and summarises the key roles and responsibilities of the Governors’ Complaints Panel.  Appendix 3 is Guidance for parents/carers and others - ‘How to Make a Complaint’.  Appendix 4 is a model Complaint Form.

Governing Bodies of all maintained schools and maintained nursery schools are required under Section 29 of the Education Act 2002, to have in place a procedure for dealing with all complaints relating to the school, other than complaints falling to be dealt with under other procedures, and to publicise the procedure. The Governing Body is also required to have regard to any guidance given from time to time by the Secretary of State.

The aim and objective of these guidelines is to balance the rights and responsibilities of parents and carers of pupils and school staff to establish and maintain good relationships and also to deal with complaints from members of the local community.

The key principles for effective complaint handling include:

When people have concerns or complaints it is important that they are treated seriously and courteously and that the matter is investigated in an open-minded and impartial way to demonstrate that it has been dealt with properly. The complaints procedure should be well publicised and easily accessed by staff and by the public.

The Difference Between a Concern and a Complaint

Schools need to be clear about the difference between a concern and a complaint. A ‘concern’ is an expression of worry or doubt over an issue considered to be important for which reassurances are sought.  Many issues can be resolved informally and taking informal concerns seriously at the earliest stage should reduce the potential for the concern to develop into a formal complaint.  A complaint may be defined as an expression of dissatisfaction, however made, about actions taken or a lack of action.

The procedure encourages the resolution of problems by informal means wherever possible. However, the formal procedures must be invoked where the person raising the concern remains dissatisfied and wishes to pursue their complaint. Formal complaints should always follow the complaints procedure set out in this policy, which shows the steps that should be followed in order to resolve complaints in a timely manner.

In our school the Complaints Co-ordinators are Mrs Joan Naylor and Mrs Lisa Shaw, who have responsibility for the operation and management of the school complaints procedure, ensuring the relevant members of staff or governors have the relevant information in line with the stages of the procedure and to maintain continued contact with the complainant throughout the procedure as appropriate.

Staff and governors should be encouraged to develop their skills in dealing with complaints. Anyone involved in the complaint procedure needs to be aware of legislation around complaints including the Equality Act 2010, Data Protection Act 1998 and Freedom of Information Act 2000.

Regular complaints monitoring by the school’s SLT/Governing Body will ensure effective leadership and enable services to be improved.

Who can make a Complaint?

Any person, including members of the general public, may make a complaint about any aspect of a school’s facilities or services, unless separate statutory procedures apply. In the main, this will mean parents and carers of the school’s pupils but may include, for example, neighbours of the school or other members of the local community.

Circumstances where this procedure should not be used

There are certain complaints which fall outside the school’s complaints procedure and are subject to alternative procedures, including but not limited to:

Complaints need to be considered and resolved swiftly and efficiently.  Realistic time limits should be set for each stage.  Where further investigations are necessary, new time limits can be set and the complainant kept informed of progress.

In dealing with complaints the school should take appropriate steps to ensure that any individual has the opportunity to raise their concerns or submit a formal complaint. This will include making arrangements for helping people with different needs and ensuring that any chosen venue is accessible.

Schools have a duty to safeguard and promote the welfare of their pupils under section 175 of the Education Act 2002. This includes making referrals to the appropriate organisation, usually the LA children’s social care services, if they have a concern about the welfare of a child.  It is not for the school to investigate, or make a judgment about, possible abuse or neglect and they must refer any concerns they may have.  Any response to a complaint about a safeguarding referral made by school staff will be limited to considering whether the appropriate action was taken at the time the referral was made on the information available at the time and in accordance with the Safeguarding Policy.

It is reasonable to expect complaints to be made as soon as possible after an incident arises. Sometimes there may be good reasons for delay, for example, the complainant was gathering further information to support their complaint or was not fully aware of the implications of an incident until a later date. Three months is generally considered to be an acceptable time frame in which to lodge a complaint. A complaint will not normally be considered more than 12 months after a decision or action is taken unless there are exceptional circumstances.

The majority of people pursue their complaints about the school in a way that is reasonable. This means that they treat others with courtesy and respect and, recognising the time constraints under which members of staff work, allow the school a reasonable time to respond to a complaint.

However, occasionally, despite all stages of the procedure having been followed, the complainant remains unhappy. It may be that the school was not able to resolve all aspects of their complaint and, instead of moving on, the complainant repeatedly tries to re-open the same issue.  It is a poor use of school’s time and resources to make substantially the same points.

If the correspondence or complaint is viewed as ‘serial’ or ‘persistent’, the school may choose not to respond provided that the complainant has completed the procedure. The Chair of Governors may inform them in writing that the procedures have been exhausted and the matter is now closed.  There will be no obligation on the part of the school to respond unless the complainant raises an entirely new, separate complaint which must be responded to in accordance with the complaints procedure and treated on its own merits.  The school will need to adopt a proportionate approach and should not stop responding just because an individual is difficult to deal with or asks complex questions.

On rare occasions, the unreasonable behaviour of a complainant can pose a threat to the school community. This can occur either while a complaint is being investigated or once the investigation has finished. If this occurs, a warning letter to the complainant threatening to ban him or her from the premises should help to deter any abusive or aggressive behavior.  In the most extreme case, it may be necessary to impose an actual ban on the person and the school may wish to seek legal advice on how to do this.

Stages of a Complaint

At each of the four school-based stages the procedure clarifies who will be involved and what will happen. An unhappy complainant can always take a complaint to the next stage.

This stage aims to resolve the concern through discussion with the class teacher or the Deputy Head, Mrs Claire Bonner. The majority of complaints are likely to be resolved on an informal basis.

This stage deals with formal complaints.

It is hoped that most problems will have been resolved and that the complaint can be closed at this point.

Complaints against the Chair of Governors or any individual governor should be made by writing to the Clerk to the Governing Body.

If the Head Teacher and Chair of Governors have been unable to resolve your complaint, this is the last stage of the school’s process. The Panel is not convened merely to rubber stamp previous decisions and the governors on the Panel will have had no previous involvement or knowledge of your case.

Remit of the Panel

The Clerk will notify you of the Panel’s decision in writing, normally within five school days. The Panel can:

Referral to the Local Authority

If you have tried to resolve the complaint but believe that the school has not followed its complaints procedure properly or has not acted fairly or reasonably in responding to your complaint, you may refer the matter to the Local Authority for independent review. The Local Authority has no duty to deal with most complaints about schools but may provide advice to the parent/carer/member of the community and the governing body about the process followed, if a complainant has exhausted the school’s procedure.

What about Faith Schools?

In the case of faith schools, the school complaints process should be followed. If you have done this and believe that a faith school has not followed its procedure properly, you could ask the school whether there is any further channel through which to review the procedures followed but this would not provide a formal route for looking again at the substance of the complaint or an appeal.

If having exhausted the local procedures, you think that the school’s governing body has acted unlawfully or  unreasonably, you can call the School Complaints Unit National Helpline on 0370 000 2288 or access the online form: https://www.gov.uk/complain-about-school  or write to:

The Department for Education

The DfE will examine policies and procedures to see if they comply with legislation and have been properly followed. They will not normally re-investigate the substance of the complaint or intervene unless it is expedient or practical to do so

You can complain to Ofsted about a state school (maintained, academy, free school) if there is a problem that affects the whole school.  Ofsted will not investigate cases to do with individual pupils. Ofsted will investigate problems such as the quality of education or poor management.  Ofsted will not usually consider a complaint if you have not first followed the complaints procedure of the school or academy, local authority or Education Funding Agency.